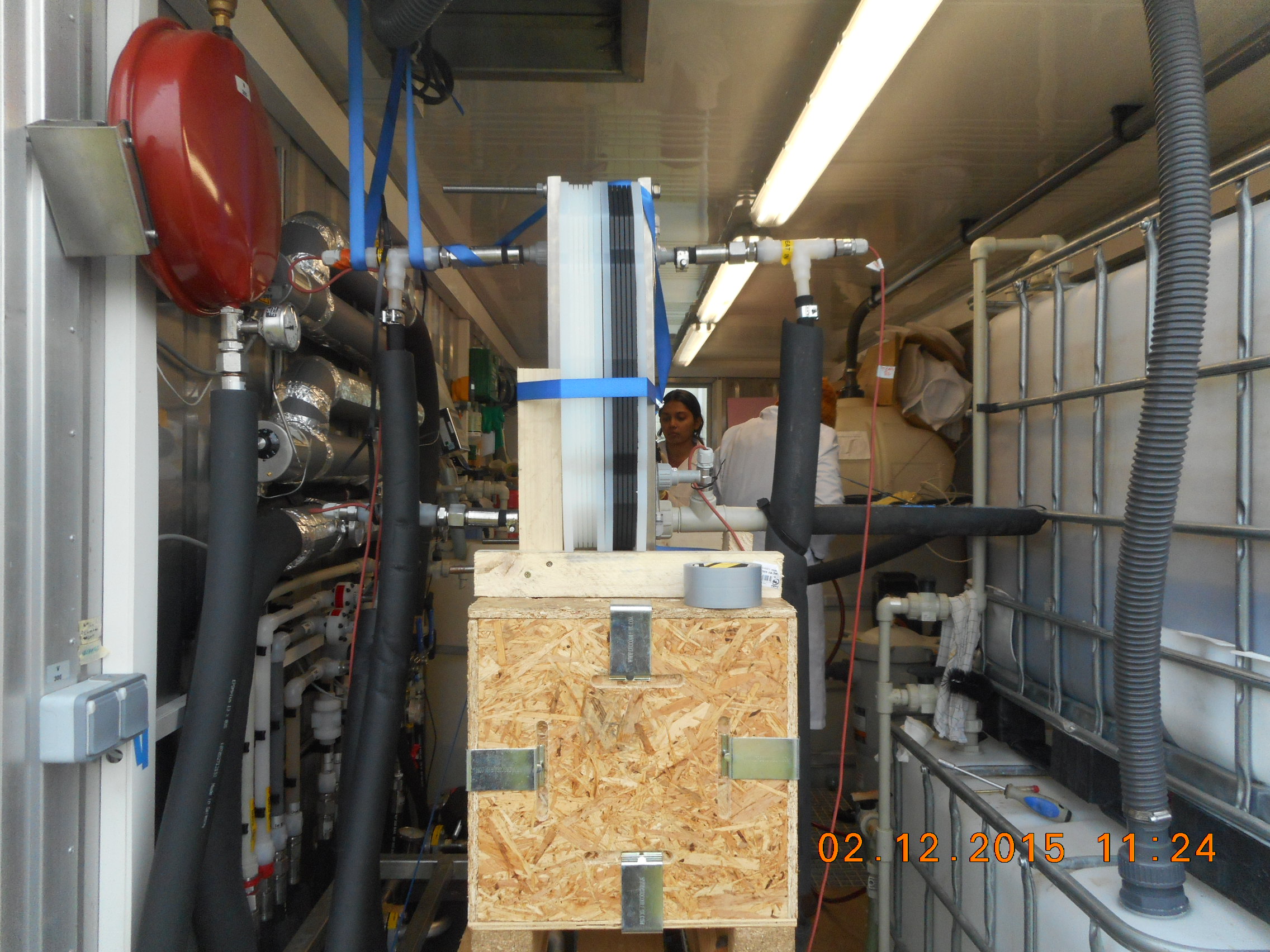 Three of these projects are in the field of “membrane distillation”. This technology proves to be a solution for, to give an example, separating ammonium during the dewatering of sewage sludge. As a result, on the one hand, the backflow of nitrogen into the aeration tank can be reduced and, on the other hand, fertilizer can be obtained in the form of ammonium sulphate. If this technology proves to be feasible at industrial scale after the completion of the research project, it opens the possibility for cost reductions by saving energy used for aeration, as well as selling a valuable product, e.g. fertiliser. Similarly a currently ongoing project evaluates the possibility of using digestate of biogas plants to serve as feedstock for the production of pure ammonium sulphate. With the help of “membrane distillation” usable components can be removed for further processing and the concentration of these valuable substances can be increased. Starting in February 2016 EnviCare® is setting up test-cases for concentrating electroplating liquid.

The fourth project deals with the integration of wastewater treatment plants in existing communal energy supply systems (gas, heat, and electricity). By adjusting peak consumption-periods of sewage treatment plants to peak network supplies without reducing the cleaning performance of the plant, sewage water plants can become part of so called “smart-nets”. Another project goal is to recover valuable substances contained in waste water (phosphorus and nitrogen) as well as the best use of the energy bound within the sewage. In this project EnviCare® is providing its expertise in wastewater treatment to our project-partners.

This website uses cookies to improve your experience while you navigate through the website. Out of these, the cookies that are categorized as necessary are stored on your browser as they are essential for the working of basic functionalities of the website. We also use third-party cookies that help us analyze and understand how you use this website. These cookies will be stored in your browser only with your consent. You also have the option to opt-out of these cookies. But opting out of some of these cookies may affect your browsing experience.
SAVE & ACCEPT
Powered by